A Story of Grains 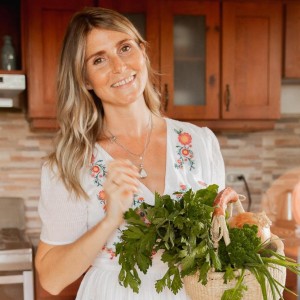 Imagine you are just waking up, the cold of dawn lifts you from your sleep and you sit up from your pelt on the hard cave floor. You are hungry and your family is hungry too. The Spring thaw brought floods that washed out the soil in the valley, and competition for food has been fierce amongst your tribe and the other animals all summer. The area has been well foraged yet you are unable to move camp as many tribe members are weakened from the poor hunting this year.

You head out for the morning, searching desperately for something from the dry ground to fill your stomach. You watch the grasses swaying in the breeze, you watch a few birds feeding on the dropped seeds on the ground and you wonder… You break off a head of grass and chew the seeds. Handful after handful they fill your mouth and you chew, it feels good to chew. You swallow and the ache in your belly subsides, you are full. Your tribe members follow your lead and you gather more grass heads up in your pouch for the weaker members and children. As you gaze out across the large, dry meadow of waving tall grass, you now wonder what it might be like if you cooked it over the fire, if it could be made more palatable.

Step in your time machine and travel to 4000 B.C. when yeast has been invented and the stone ground and fire baked bread industry was so important that production was under a judge’s jurisdiction and its price was controlled.  The original grasses with edible seeds had been tamed and cultivated, and although the original einkorn triticum remained, it had been cross bred, mixed it’s genetics with other grasses and genetically mutated to become the more common wheat we see today. At this point we can tell a story of a long romance with wheat and other grains. It has always been there when we were starving, it was easy to grow and easy to carry. It helped us get through the hard times. It became a staple for an intake of calories in a time of starvation, but thankfully many of us are not starving for calories anymore. Quite the opposite, we are drowning in a sea of empty calories from these so called staple foods.

Global wheat production for 2017/18 reached a record 757 million tonnes. It is cultivated in 128 countries and approximately 70% of cultivated land is destined to the production of cereals, mostly wheat, barley, rye, rice, millet, sorghum, and corn. Most wheat from the highest contributors is heavily subsidized. We are told that we should eat meat daily, so the cows, pigs and chicken that are raised to meet that demand need to be fed something. Rather than being pastured, they are often force fed these grains in an endless and unsustainable supply and demand cycle based on prices far below market value. An environmentally conscious person could do a great deal simply by not supporting factory farmed grains or animals.

In the mid 20th century the most severe deviation from ancient grains occurred. Techniques like gamma, x, and UV rays, irradiation and chemical fertilizers started being used to produce species which could yield higher crops. The alleged reason being to alleviate world hunger. The result is only a few man-constituted hybrid varieties are cultivated because they can produce more grains per plant and can stand up to harsh industrial practices. A mutant grain with gluten proteins 9 times stronger than that of ancient wheat.

If it can stand up to industrial steel, what is this “food” doing in your gut? On the one hand we can remember a childhood of adventuring off to school with Wonderbread sandwiches, being soothed with dry crackers when we were sick, or enjoying fresh baked, doughy, sweet goods at community and family gatherings, but in the long term those warm, fuzzy memories simply cannot compete with the damage this industry is doing to the planet and our bodies.

There is now of course a gluten-free food market that is set to reach $32.39 Billion by year 2025. But is that really much better? Gluten free grains include genetically modified variants of corn, soy and rice, all of which are usually grown and harvested using the same industrial strength chemicals and factory farming processes as the wheat industry. Unfortunately once your body has been damaged and immune system sensitized to wheat, these mutant grains can be just as harmful. There is a monopoly on seeds and ancient grains are now at a premium, so small scale farmers are having trouble surviving.

Even if we were to support the ancient grains, the teff, sorghum, amaranth, buckwheat, quinoa and farro, which all have little or no gluten and come from less manipulated seed stock, there is still a big problem. These seeds do not want to be digested. They are meant to stay intact, until they arrive at the perfect conditions of soil, water, air, and sunlight to grow another plant. They can remain dormant and protected this way for thousands of years!

So, although those seeds are packed full of fiber, protein, vitamins and minerals (for the plant’s baby) the mother plant attempts to ensure you don’t get to digest her babies or the nutrients within and seeks chemical revenge if you try! Lectins, saponins and protease inhibitors are designed to deter you from eating the seeds by damaging your gut lining and immune system. Then there is phytic acid. Phytic acid binds to the minerals in the food and prevents us from absorbing them. There are ways to reduce or eliminate phytic acid, and that is to activate an enzyme called phytase that breaks it down. This method includes sprouting them, roasting them, and soaking them in an acidic medium before eating them. Are you up for that? Most likely not.

So what is the alternative?

Simply put, understanding that grains became a food out of a reality that is no longer realistic, then choosing to not include them in your daily diet. This is often the best choice for someone who has been suffering from health problems, as many of them stem from dysbiosis in the gut. This presents a challenge for many people, because there is ancient hardware that is telling us to eat at every available opportunity, and that feeling full is feeling safe. You must use you conscious, evolved mind to choose to eat what is nourishing, filling your plate with vegetables, meat, or fruit and leaving the rest behind. This takes practice and self discipline, and ultimately a lot of internal work. If you are feeling an urge to eat compulsively, to stuff yourself, to fill a void- then ultimately it means that you are not feeling safe within yourself. This indicates you may have a deep sense of lack from abandonment, rejection, or abuse that needs healing, and the food use is just a symptom of this. Often, the help of a coach and support of a tribe are what is called for to move through this.

Once you do the work to heal your heart and body, you may reach a point of wanting to to widen the variety of your meals. At this point, you can start using alternatives where grains formerly were, but more for functional purposes than for volume. To do this, often it takes the realization that you cannot exactly replicate the density, texture and flavour of grains. Rather, think of being able to create entirely new foods.

Here are some of our favorite substitutions:

Rice or other grains: Cauliflower rice or plantains.

Why bother with the effort to become familiarized with these vegetable based alternatives? The health of your body and the planet is one the line. We have accepted convenience as a necessity and are losing touch with our connection to the plants and the planet. Yes it can feel challenging to bring that connection back at times, but it is just a new learning curve.  The next time you’re cleaning out your food processor after making a big batch of cauliflower rice, or even when you are popping a big bag of pre-chopped cauli pieces in your cart at the grocery store- feel proud.

You are contributing to a global shift in consciousness of those who take responsibility of their health. Those who vote with their dollars to support small farmers and the environment. Those who have taken themselves and their loved ones out of the global trend towards increasing obesity, cancer, and other degenerative diseases. You and your efforts are making a difference, and making the efforts of that ancient, cave dwelling ancestor to survive worth it.

We are talking grains and their alternatives all month on our Social media pages so be sure to like and follow us for more information and inspiration. We would love to know what is your favorite grain alternative and how you are feeling since giving up the grain. Let us know in the comments below!

4 thoughts on “A Story of Grains”