Why Do we Crave Carbs in the Winter Time? 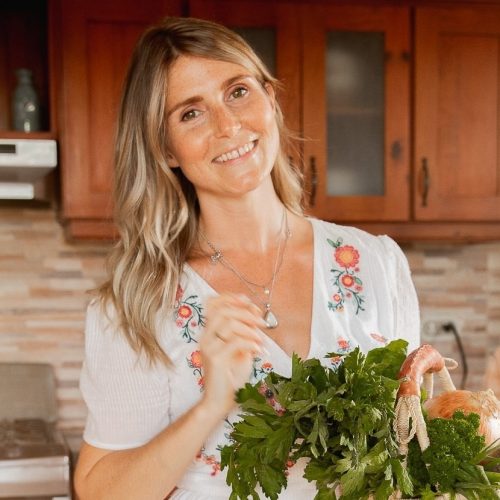 When we transition into winter, a few things happen- but one is a noticeable shift in our demeanor, from energetic and adventurous to sleepy and sloth-like. Some of us joke that we are going into hibernation, hiding under our duvets, napping, lounging and of course snacking (or trying not to).

What is it about winter that makes us crave carbs?
There are a couple main reasons, and ways to cut these cravings too.

Unless you are fortunate enough to live in equatorial climes, winter means less available sunlight and that the rays are not as strong. Natural sunlight creates vitamin D in our bodies. It is called the sunshine vitamin not just for how it is made, but because it boosts levels of serotonin, our happy hormone, and is needed in high quantities for a healthy mood. Decreased sunlight in fall and winter means less available vitamin D, so less serotonin is synthesized. The body knows that another possible way to boost serotonin is through your diet, so it will start sending chemical messages leading to carbohydrate cravings.

Why do you crave cake and not kale?

More chemistry. Simplified, let’s look at the key ingredient- an essential amino acid (AA) called tryptophan that is the sole forerunner to serotonin, and it’s steward, a hormone called insulin. When we eat simple carbohydrates, we release insulin, and increased insulin in the blood stream allows tryptophan to more easily cross the blood brain barrier. Once in the brain, available tryptophan is converted to serotonin. This is one reason why many people feel a sense of euphoria after eating holiday (or anyday) candies, cakes and cookies. Fiber from vegetables would slow down this reaction, delaying the immediate gratification of a serotonin rush. However, the carbs are just the catalyst- and the reaction depends on the amount of tryptophan available.

Your body cannot make tryptophan, so it needs to assimilate it from food. We get it from poultry, eggs, fish, and some meat. So, if you are low in serotonin, there is a natural tendency to seek out tryptophan rich foods. You may have heard of tryptophan before. It is often talked about anecdotally as a ‘turkey coma’ inducer. Tryptophan is abundant in turkey, so common sense dictates that we get would gain a calm, content demeanor after eating it, but that is not the case.

So if we need this AA to make serotonin, why do we not then crave protein?

Paradoxically, protein blocks serotonin production, because of competing AAs. After the ingestion of a meal containing protein, the rise in the blood plasma level of the other large neutral AAs will prevent the rise in tryptophan, because it is the least abundant AA. This is where insulin and the “crash and burn” cycle of carb eating comes in. When we feel low, we eat simple carbs, we feel better quickly, but that feeling does not last for long. Blood sugar quickly drops, the body craves more carbs to increase insulin and repeat the process- and so we enter the vicious winter carb cycle. Unfortunately, simple carbs also rob our bodies of essential nutrients for making other happy hormones, so this loop ultimately can lead to a bloated body, poor mood and even depression.


The great news is that we have couple ways for you to beat this chemical system.

The first is strategic protein and carb consumption- remembering that it is not just what you eat, but how you eat it that is important. Going back to Thanksgiving turkey anecdote, we usually have the dinner earlier in the day (with lots of protein, carbs and tryptophan included), which makes us feels sleepy. Then later in the day we eat a fatty, sugary dessert (slow burning sugar) which is when that calm feeling of wellbeing that washes over us. We can replicate this in everyday life too. If you were to have a meal of chicken and broccoli for dinner, and then have a small bowl of mashed butternut squash with a drizzle of coconut oil as an evening snack- your body would be able to use the tryptophan it extracted from the protein in your earlier dinner, and the insulin released from the sugars in the squash to create serotonin in your brain while you sleep. Plus, the fat in the oil ensures that the sugar is released in a more steady stream, so you do not get the sugar spike, and therefore further cravings.

You can also stop the craving in its tracks by getting up and taking a walk, or doing a 10 minute happy dance, as research has shown aerobic activity also increases serotonin.  This is not always possible though when it is freezing or we are feeling glum, so here’s more good news and reinforcement for using the WildFit diet to beat your winter carb cravings: This potent serotonin creation in the brain is only a small percentage of how we create it in the body. Most of our serotonin is actually created in our gut by a balanced environment of good bacteria. Based on scientific evidence we have so far, we know the gut microbiota is associated with metabolic disorders such as obesity, diabetes mellitus and neuropsychiatric disorders such as schizophrenia, autistic disorders, anxiety disorders and major depressive disorders. There is a significant gut-brain axis facilitated by the little critters in our intestines, and their ability to thrive may determine our susceptibility to these diseases. We know that sugar decreases the health of our gut environment, which is all the more reason to avoid simple sugars and use the methods suggested in this article to cut winter carb cravings.

Are you looking for some recipes to boost you out of the winter blues?