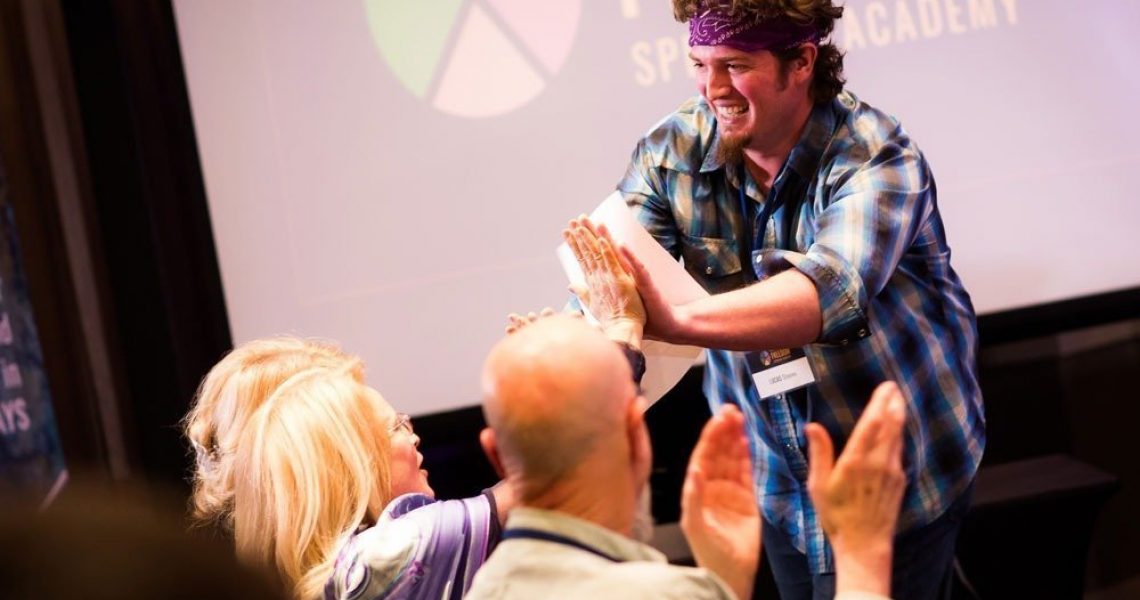 Have you ever been at a place in your life where everything seems so hopeless that you just want to give it all up?
In November 2017 Lucas had hit rock bottom. He gave himself a deadline; either turn his life by Christmas or end it.
This is his incredible story about his transformation.

What was your life before WILDFIT?

I was in a terrible place. Physically I weighed 350 lbs (159 kg), and my blood pressure was out of control. 3-4 months before joining The WILDFIT Challenge, my doctor nearly sent me to the hospital because my blood pressure was so high. I tried a few things to correct it, but I was not able to get it down to a safe range.

I was incredibly depressed, and I isolated myself. I tried to self medicate with food, drugs, and alcohol.

When I look back at it now, it feels like I was trying to eat myself to death.

I remember this moment. It was at the end of, and I was pretty broke. I had just lost a big contract for my landscaping business, and I was looking at life like “what is it worth?”. I felt that I didn’t have anything to live for. I was sitting in front of the tv, stuffing myself with food. At some point, I fell asleep. When I woke up, I had pizza crust on me, and I had spilled a beer next to me on the carpet. I was hung over, and I had half-smoked joints beside me. The worst part of it is that this was a daily occurrence at that time.

I remember the day I truly hit rock bottom. I think it was the first week of November 2017. I was just ready to give up. I didn’t want to push anymore. I just wanted to end it all.

I was staring at myself in the bathroom mirror. I was crying. I was freaking out. Finally, I said to myself if I don’t get myself together by Christmas; just kill yourself.

That was probably the moment when things started to shift a little bit because I had set myself a deadline. I had a definite end now. If I didn’t get this done, I was going to die.

One day I woke up and stared at the ceiling . Suddenly I heard this voice in my head that said: “Just do something different. Try anything. Doesn’t matter what it is.”

At that point, getting out of bed and doing anything was different from my normal routine. So I took my dog for a walk. Which I didn’t do all that often at the time. When we were walking, I got these thoughts and ideas. Suddenly I could see a better future. I didn’t know how to get there, but just being outside and walking around, I started to feel a little bit better, at least for a brief moment.

When I got home, a thought just hit me; “If going for a walk could make me feel that different, then maybe I should do more things differently?”

I started to do a lot of things differently. I began going to free workshops to get out of the house and get around new people. I just went online and found anything free I could go to. That was how I ended up finding WILDFIT.

How did you find WILDFIT?

I went to a free workshop, and it happened to be Successful Speaking Strategies with Eric Edmeades (the founder of WildFit) in Calgary. I had no idea about who he was, but it looked interesting. When I got there, a lot of the other participants were talking about WILDFIT and people were wearing WILDFIT t-shirts and water bottles. At the workshop, they offered Eric’s Speaking Academy, and The WILDFIT Challenge was one of the bonuses.

I didn’t have the money to go. But I figured I was going to die soon anyway so I could let the credit card company figure that out. I said to myself that I have nothing to lose here except for a bunch of weight, so just do it. I told myself that I’ll either try this and it works, or I would die trying.

How was the week before the Challenge started?

I had no idea what to expect. I was sort of bracing myself for the typical diet program. I had tried a few other things before, but nothing had worked.

I was just bracing myself to give everything up, so I was eating even more than usual. I was super nervous and super excited. I had the feeling that I was doing the right thing. I’m on to something good.

What was the feeling the first week of the program?

The challenge started on December 18th, 2017. I was surprised about the way the program began because it was so different than all the other stuff I’d tried before.

I just felt more and more comfortable and secure with the group of people I was going through The Challenge with, and the coaches were so inspiring. I felt better and better.

Then Christmas came, and that was the deadline for when I was going to kill myself. I thought that I was on this program now, I’m over two weeks into it at that point, so I thought I can’t stop now.

So I delayed my deadline.

During the challenge — did you notice any beliefs or patterns that were created when you were a child, that controlled you in your adult life, without realizing it?

Getting past that was really powerful. Getting to a place where I deserved to live a good life and I deserved people that cared about me and did the things I wanted to do.

What did it feel at the end of the Challenge?

Over the next three month, I lost 35 pounds. I quit drinking. I quit smoking marijuana. I stopped stuffing myself with food every night. It was the turning point of my life, and it stopped me from killing myself.

At the end of The Challenge, I felt absolutely unstoppable.

Unfortunately, I was too self-conscious of taking my before picture, so I didn’t have the reference to go back to.

I just felt so amazing. I had no fear coming out of The Challenge. I thought that this was me and this is how I want to live my life. I’m in control of my life. The contrast from where I was three months earlier was so huge.

What changed for you that made you not want to kill yourself?

I had energy, and I felt better because I was eating real food. I started sleeping better which was a massive change for me. Before The Challenge, I was lucky to get 2-3 hours of shallow and poor sleep. Suddenly I was sleeping 4-6 hours of good quality sleep. I was part of a community that accepted me and supported me and pushed me to keep going. I didn’t want to lose them.

The biggest thing was realizing that I was in control, and I had the power to live the life I wanted.

How has the time been since the challenge?

It’s been a wild ride. I doubled the size of my business, I’ve started exercising. I learned that I could deadlift up to over 350 pounds. I got into speaking professionally.

I’m comfortable being me.

How are you feeling now?

I’m feeling good, and I have a lot of momentum. I’m at the place where I’m looking for what’s next big thing for me. I’m working on a lot of cool projects that I started as a result of coming out of The WILDFIT Challenge.

I’ve had a couple of instances where I went back to my old eating habits. There was a couple of difficult times where I had to figure a way out of. I started to gain pounds again. But both times I just started to watch the videos from The WILDFIT Challenge and did the process again.

I’ve now released more weight than the first time I did the challenge. I know I have more work to do, but I have the confidence to do it, and I feel that I have control. It’s not a big problem anymore. My weight used to be an immovable barrier in my life. And now, when I notice that I’m moving in the wrong direction, I know how to get back on track.